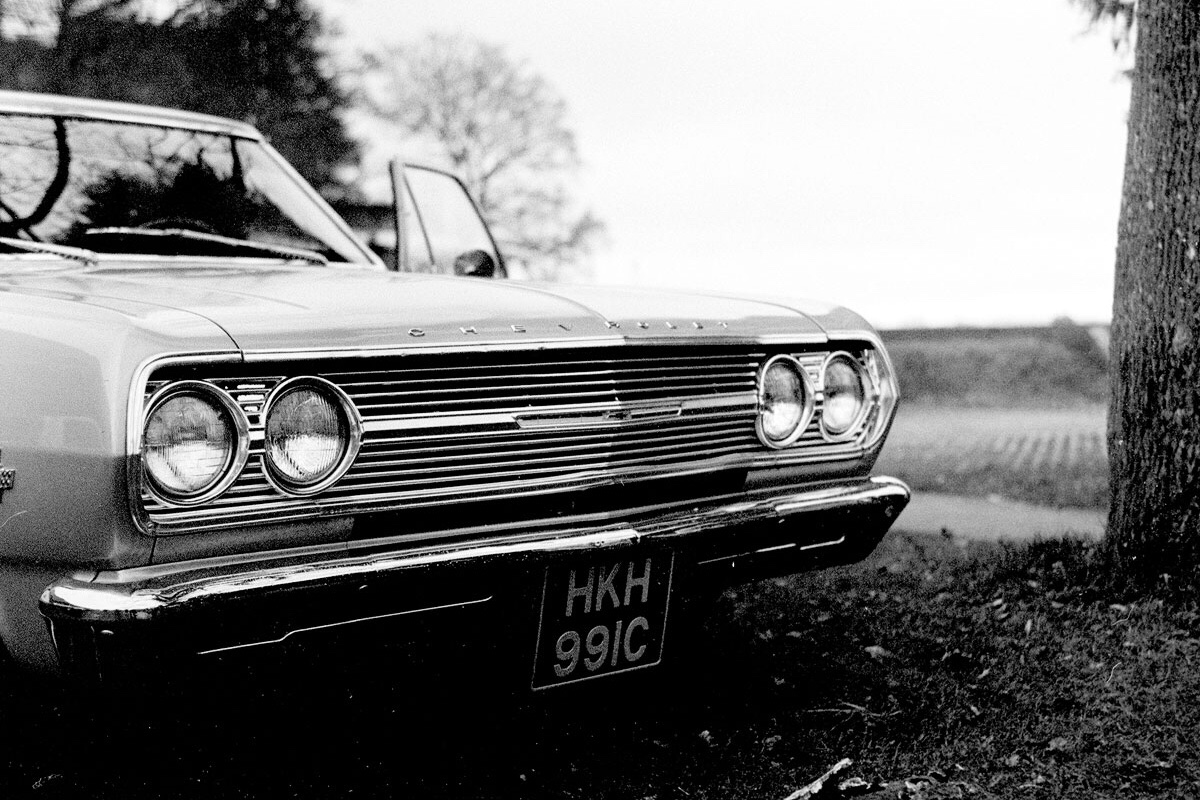 Had a few frames left at the end of a roll of Tri-X 400 I’d pushed to 1600 in the Leica M6 and as I was off to a car meeting last weekend thought I’d take it along to finish the roll off.

The roll was pushed to 1600 so I was concerned it maybe too bright to shoot at that kind of ISO in the middle of the day, but as can normally be expected with the UK weather it was grey and overcast so the ISO didn’t prove much of an issue.

As it turned out I quite enjoyed the experience of shooting cars on film. For sure it’s a more considered approach than when shooting digital – I only took one shot with film whereas with digital I take the shot, check, take the shot again if needed and so on. With film it’s one frame for each!

I’m definitely going to try film again at the next car show I go to and might even give colour a go in the lighter spring/summer months.

Rather than push the next roll of film I drop into the Leica I’m going to try shooting at box speed, not something I do often and maybe shoot at more than wide open!

All photos taken on the Leica M6 with Jupiter 8 50mm f2 and home developed/scanned. I really need to buy a better 50mm lens than I have for the M6 at present!